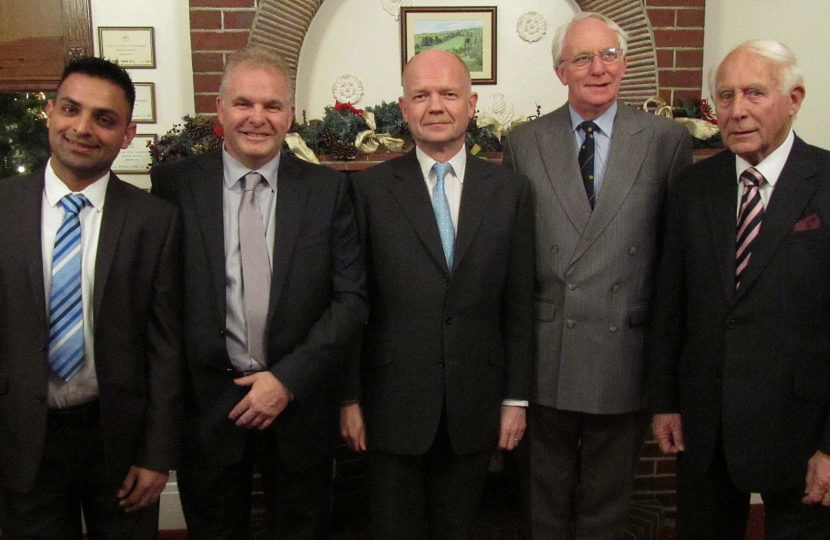 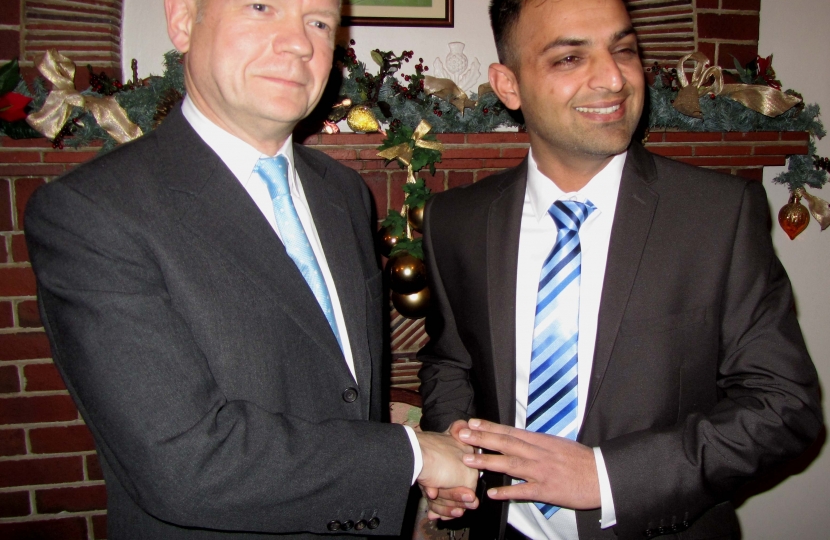 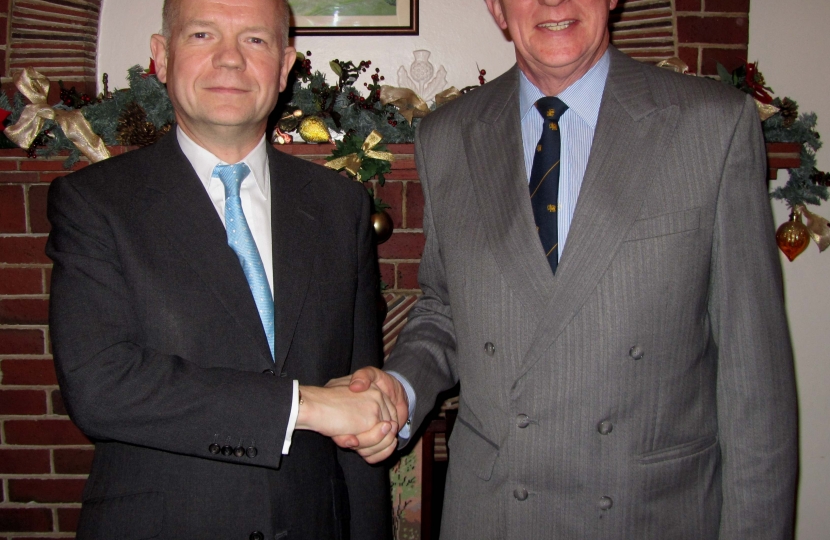 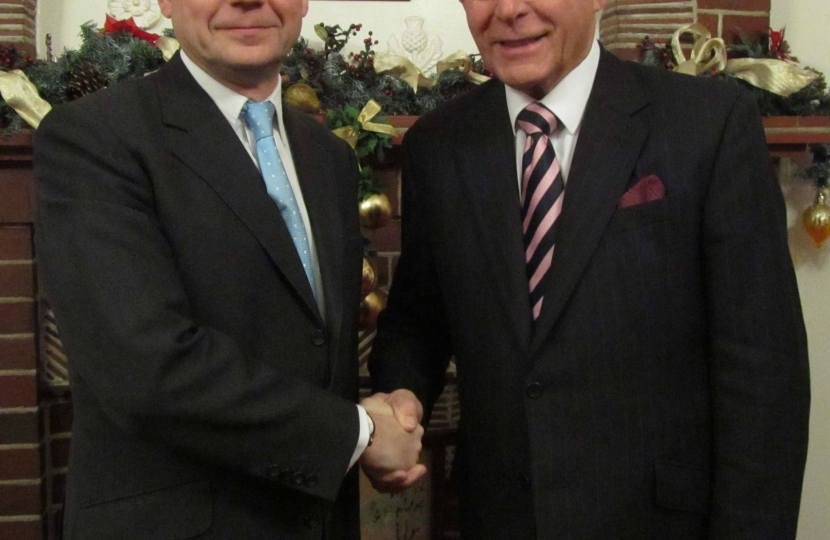 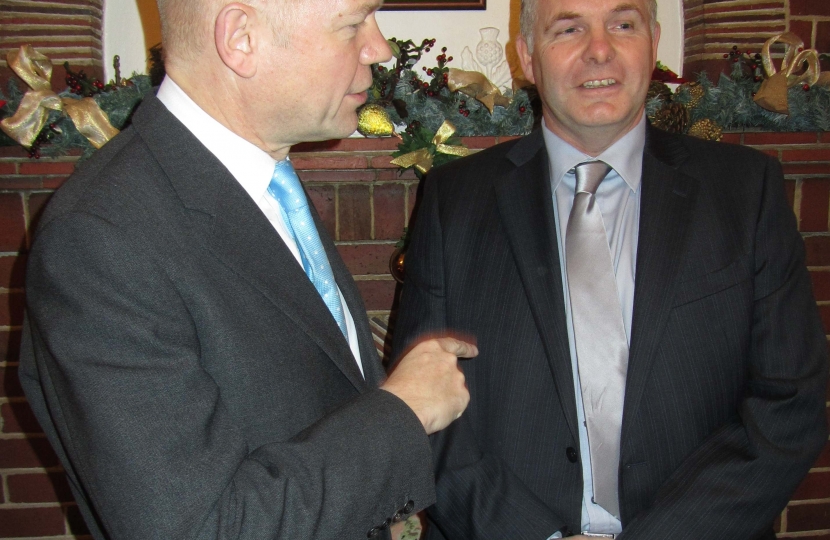 William Hague MP, our Foreign Secretary gave up two hours of his valuable time, to hold an informal gathering where local supporters could listen to the latest government news and put their views on a variety of subjects.

The early evening drinks reception at a local golf club was a great hit with party supporters and it raised funds for forthcoming election activity. Conservative candidates were there in force letting the Foreign Secretary know what was being said about government policy on the doorstep by the electorate.